Heath & Heather produces an extensive range of herbal teas sold in health stores such as Holland & Barrett. A large format key illustration was required for a photographic backdrop combining and representing all of the different flavour variants.

Aim Creative was commissioned to create a scalable vector version of the key visual and four other vector visuals so that they could be photographed behind a model without loss of quality.

As the drawings were also to be animated by another agency, every object had to be fully editable and moveable, so that each part of the intricate designs could be rearranged without losing any part of the image. 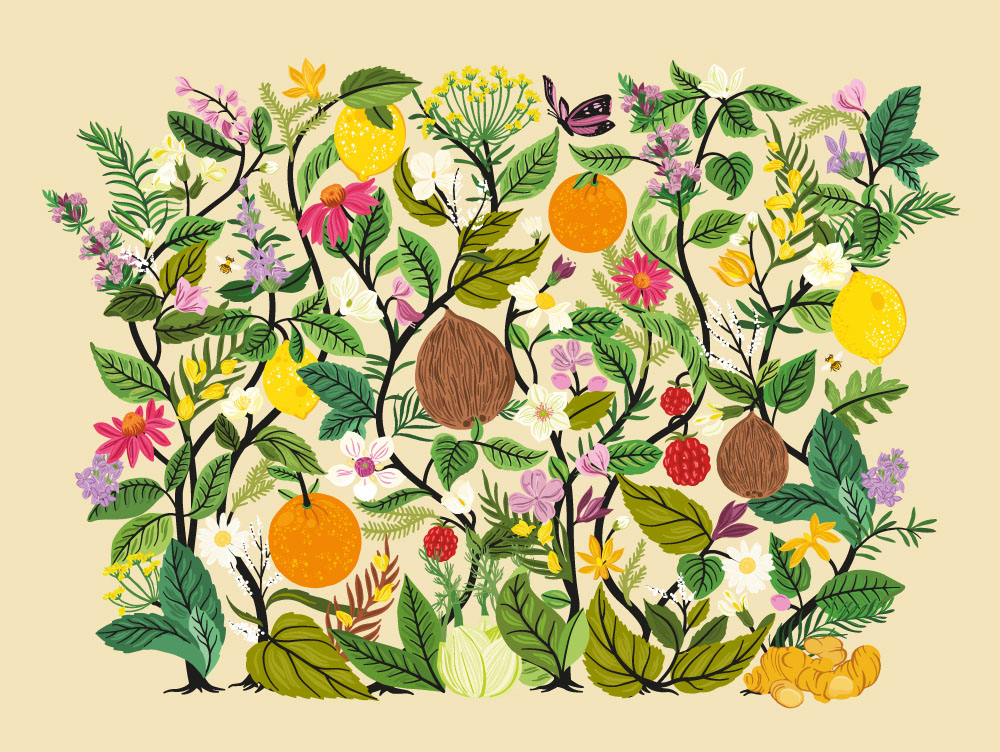