By Aim CreativeOctober 17, 2021No Comments

Amelia Amour are an established aromatherapy company selling through retailers such as Costco. They currently sell their candles in pre-designed tins but wanted to have their own bespoke design to elevate their product and to stand out against their competitors.

An initial pattern was provided by the client as a starting point for the design brief. It was agreed that the most cost effective way to create a unique design was to select a stock asset graphic, which could then be developed and adjusted without the need for a fully commissioned illustration.

After various patterns were presented, a mandala patternwas selected as the basis for the design and then design exploration, along with a range colour study was created for the client. The final design utilised the metal substrate of the tin to reveal gold detailing which would stand out against the coloured graphics which had a white primer underneath. 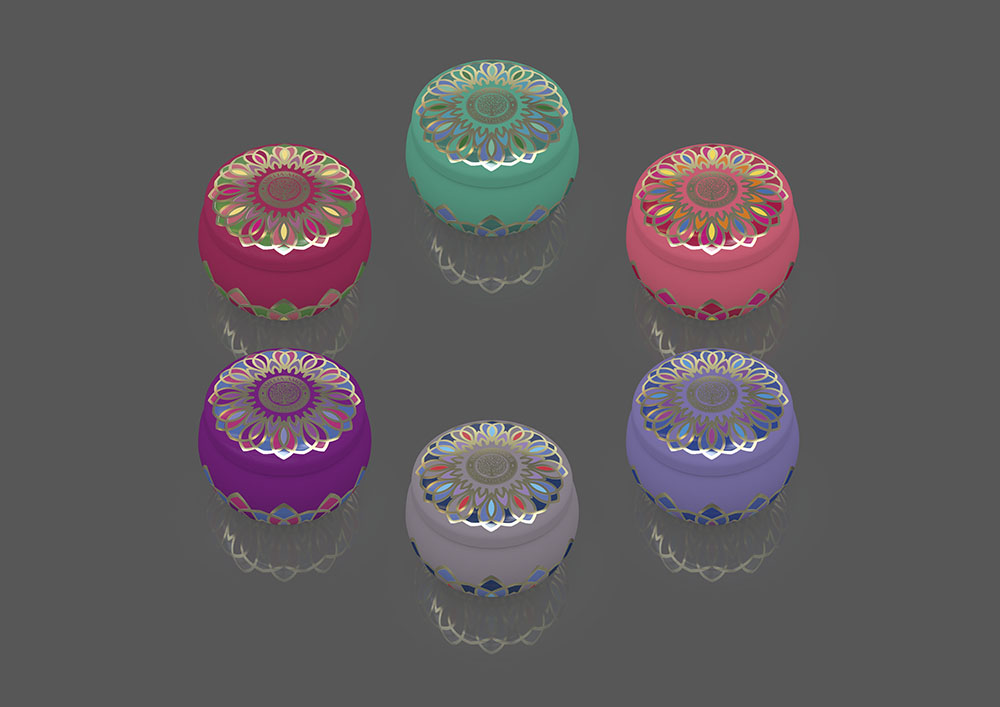 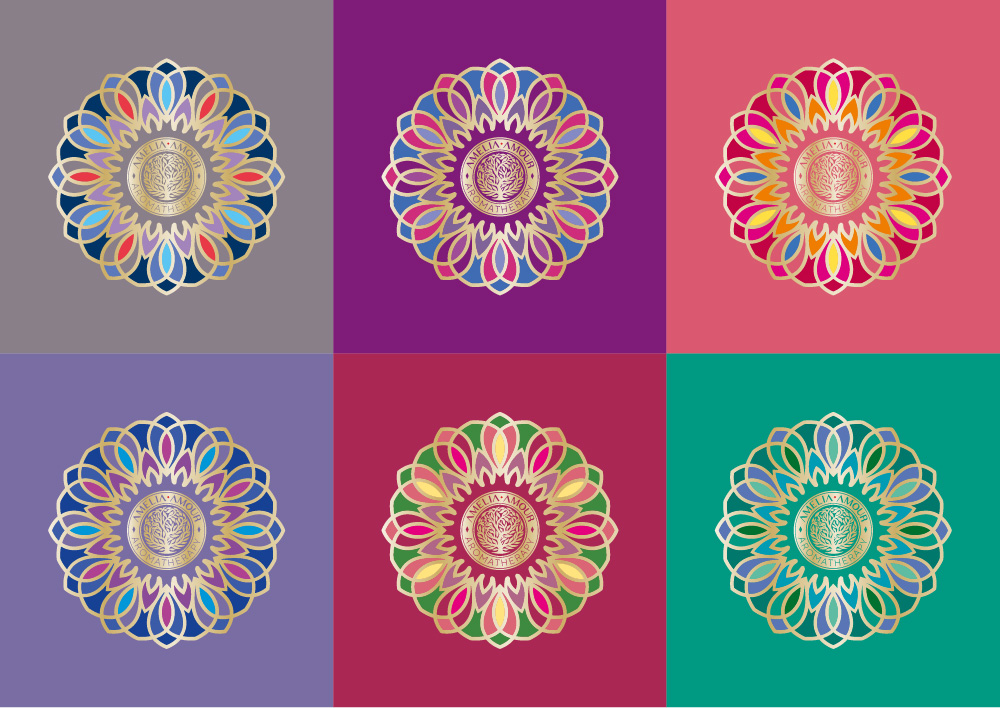 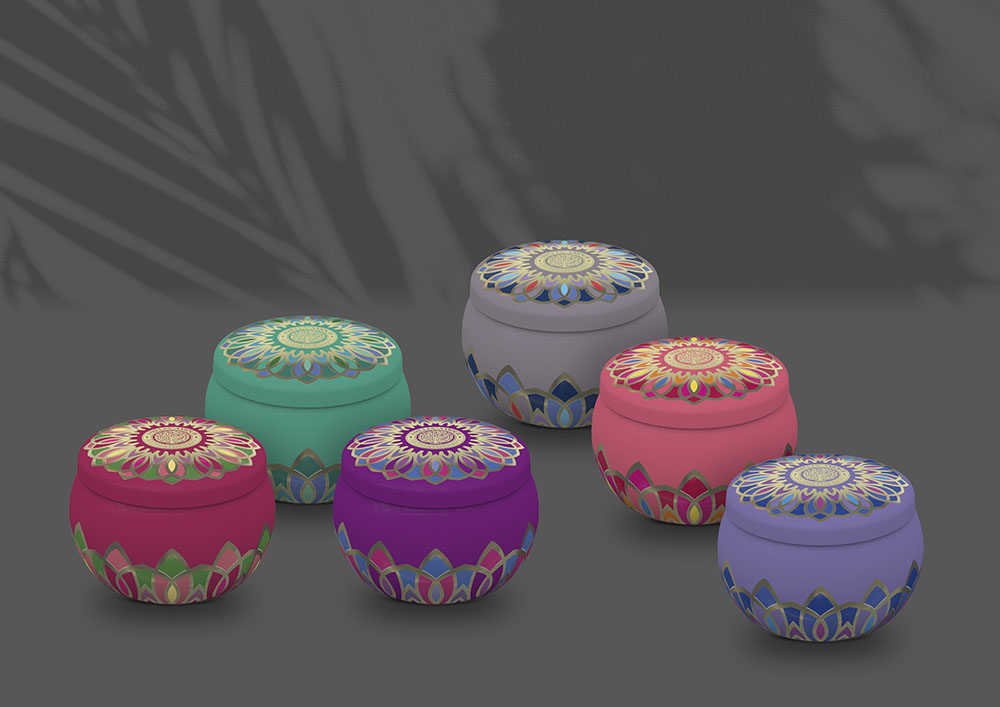 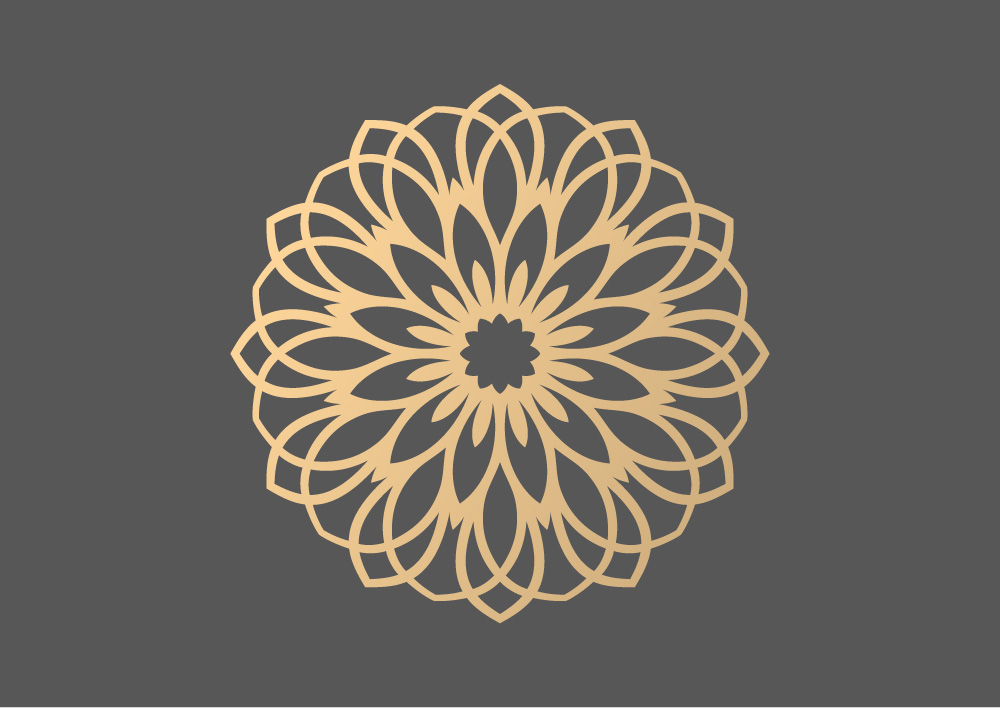